I know that many of you don’t like to calculate, weigh or count what you eat so, it’s time to share with you one very simple weight loss method that doesn’t require you to count calories.

What People Currently Do

Nowadays, the general recommendations are that you eat several small portions throughout the day. The key is to stay under your caloric requirement so that your body is forced to find the energy from your fat stores.

Unfortunately, most people who hear the phrase “counting calories” become afraid and don’t want to do it. Calorie counting first became a big part of the fitness world in recent decades; right around when obesity started. Why? Our ancestors didn’t have access to such readily available food all the time. Therefore, evolution has programmed our brain to take advantage of any food we can because you didn’t know when you’d get the next opportunity to eat.

However, food in many countries is now abundant and available although, because of our ancestral past, we’re inclined to overeat. It’s hard to change those thousand-year old habits. Today, people are eating too much and moving too little. Therefore, mathematically with counting calories, you can limit yourself and eat only what you need.

But there is another, easier way to lose weight and that’s to eat for only 8-9 hours of the day. It really is that simple. This technique is called ‘Time Restricted Eating’ which is considered as a type of ‘Intermittent Fasting’. There isn’t loads of information out there on this technique, so I will share some with you in this article. At the end, you will have enough information to decide whether you want to try it or not.

Let’s start with an experiment conducted on mice in the USA at the Salk Institute. The experiment lasted several months, measuring the mice on various weight, physical activities and health-related indicators, such as cholesterol and insulin. The results were very impressive.

The most effective time limit was having a 9-hour eating window. The 12-hour and 15-hour eating window rarely had an effect. Combining the different dietary regimes caused the researchers to realise that another good option was to use 5 days of time-restricted eating and then 2 days of unlimited eating. This works well for the public with 5 days being weekdays and 2 days being the weekend. 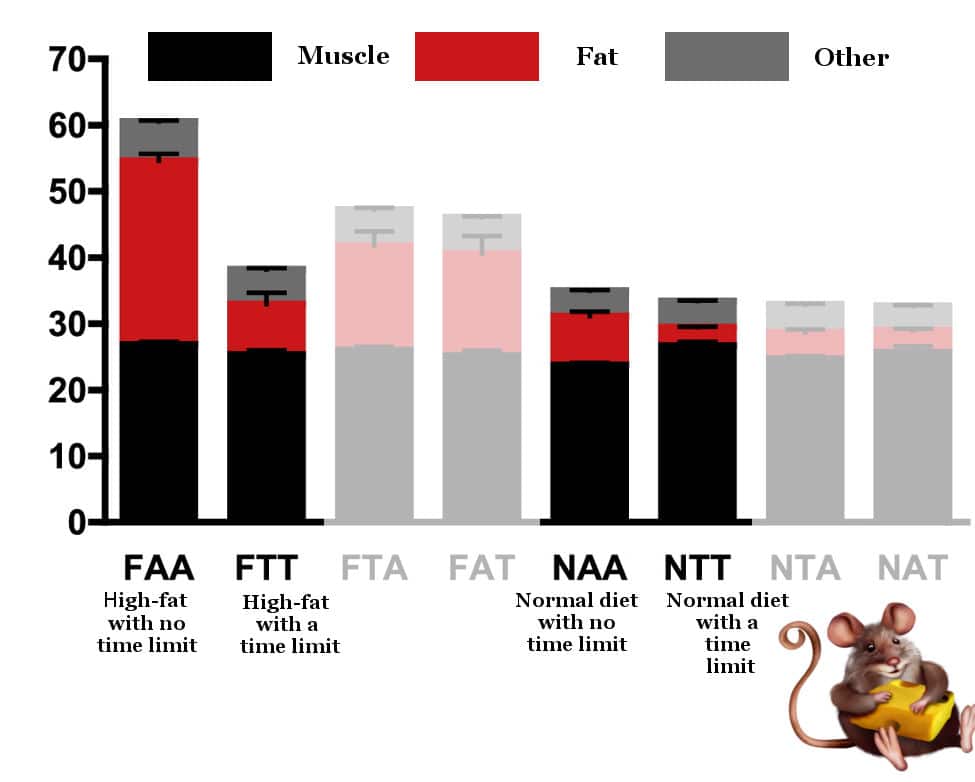 The diets were also tested for their impact on endurance training. It was found that the mice who ate a high-fat, unbalanced diet with a time limit for 9-hr, and the mice that ate for 5 days with a time limit and 2 days without had the highest aerobic capacity.

The conclusion was that imposing a time limit for eating improves endurance, reduces fat mass and improves health-related indicators.

A similar but smaller experiment was carried out with fruit flies. One group of fruit flies could eat for 12 hours a day, the others could eat all day long. After a few weeks, the researchers compared the two groups and couldn’t believe what they saw. The fruit flies who ate for a limited time had a healthier heart, were less overweight and had better sleep.

The researchers concluded that using a time limit in the diet improved the quality of sleep and heart health.

What About for People?

The University of Alabama at Birmingham conducted an eight day experiment looking directly at people. For the first 4 days of the experiment, the participants ate for 6 hours a day with the following 4 days eating for 12 hours a day.

The conclusion was that eating for only 6 hours a day improved the body’s ability to burn fat for energy. 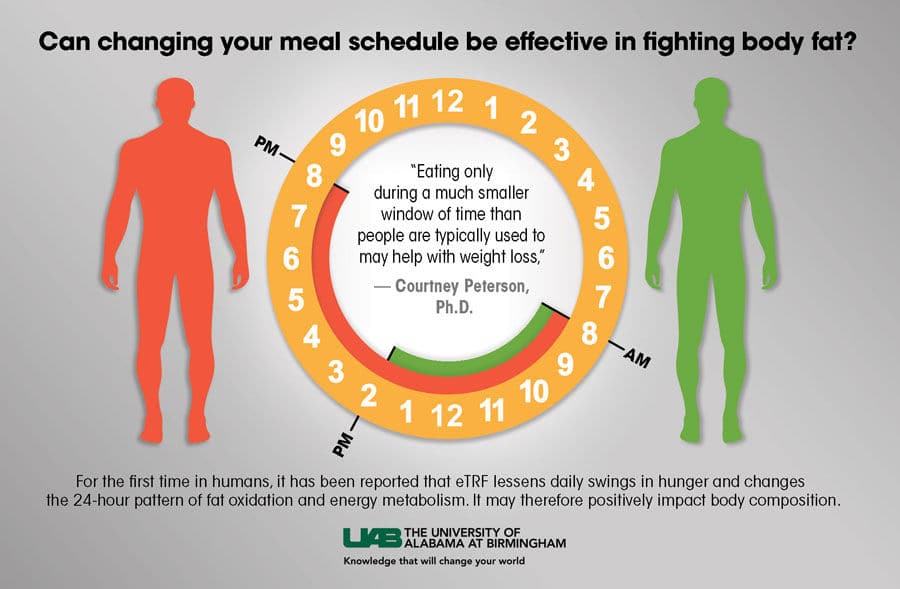 In the first experiment

We’ll be looking at the participants were divided into two groups. Both groups trained three times a week in order to increase muscle mass and strength. The first group ate without time limit and the second group with no time limit on the days they worked out, but for only 4 hours on non-workout days. In these 4 hours, the second group could eat whatever they wanted. Muscle mass and strength were measured at 4 and 8 weeks.

The results showed that while strength increased for both groups, the first group significantly increased muscle mass and despite the lower total amount of calories, the second group didn’t improve the fat / muscle ratio.

Conclusion – There was no effect!

In the second experiment

34 experienced drug-free athletes were divided into two groups. Both groups were training three times per week in order to increase muscle mass and strength as well as eating three times a day. The first group were restricted to a 12-hour window with the second having an 8-hour window. Caloric intake was higher in the first group by about 200 kcal per day.

After 8 weeks, the results were compared. The participants in both groups managed to increase muscle mass and strength a little. Though, the second group decreased fat mass. The researchers were sure to check that the weight lost came directly from fat and not water or food.

So, it is possible to burn fat and build muscle at the same time. However, it was found that the second group decreased testosterone (a hormone that helps to build muscles) and increased cortisol (stress hormone) levels. It is unknown how this would affect long-term results.

Why was there such a difference between the two experiments? It’s difficult to answer clearly as there could be many reasons. It’s possible that in the first experiment, it was not good to introduce a new diet regime for such a short period of time. The body didn’t have enough time to adapt to the new diet regime. In my opinion, a 4-hour window is too small and can still allow for overeating.

What can we do?

Time restriction may help reduce or at least maintain your weight. The main disadvantage is that such a method has not been researched thoroughly. Though, I think that it wouldn’t be too extreme to eat for only 8 or 9 hours a day.

If you want to test this method yourself, then I recommend starting slowly. Start by eating for 10 hours a day and then slowly lower that window over time. During these hours, you need to eat normally; that means not starving yourself or overeating. Outside these hours you’re allowed only water or tea without sugar. No juice, beer, food or anything that contains calories. See how it affects you and think about progressing to eating 5 days with a time restriction, but two days without. There are a lot of options to choose from so be flexible with it. Also, remember to improve the quality of your diet and perform physical activity as well. A healthy diet coupled with exercise is the fastest way to burn fat!

For the gym-goers who want to reduce their weight by trying this method, I recommend cycling and eating enough protein. You need to cycle between using a dietary regime with limited and unlimited eating times. Of course, in both cases, food should be healthy. Try using restricted eating for a few weeks first and if it’s effective, continue. Your body will need time to adapt if you lose a significant amount of weight. After some time, in order to further weight reduction, try switching between unlimited and limited periods of eating. Always try to find the most optimal scheme for your body.

However, I don’t think that time restricted eating is appropriate for beginners as it will be difficult to measure the different aspects of your health. 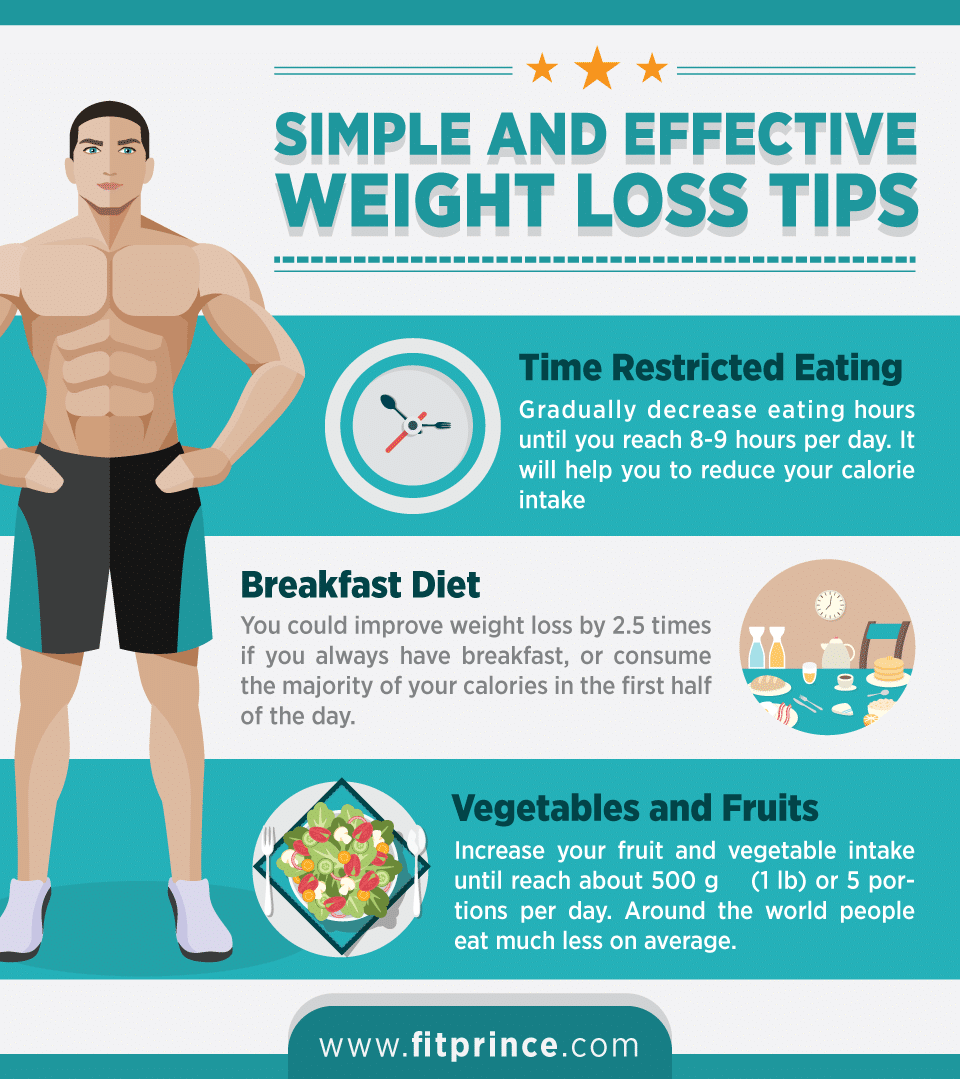 At the end of the day, I would emphasize that the key to weight loss is thinking long term by investing time, hard work and patience! A common problem is for people to look for a single magic trick which will sort all of their problems. For example, some people hear that cinnamon helps to reduce weight and then add it to everything they can. Unfortunately, it doesn’t work that way. You need to use a combination of things in order to reach your goal.