Fat has recently seen a resurge in popularity as people have been ditching their cereal and toast in favor of eggs and bacon. All of this can be attributed to the Atkins diet in the late 20th Century and the increasing interest in the Paleo Diet where people aim to eat as close to their Palaeolithic ancestors as possible. This means a lot of meat, a lot of vegs, and very little if any grains and other carbohydrates. Paleo doesn’t completely eliminate carbohydrates as you can still eat vegetables and fruits. Yet, Atkins and Keto diets limit carbohydrate consumption to less than 50 grams and in some cases, less than 20 grams.

Now, limiting carbohydrates isn’t just restricted to those who are following these strict diets and can instead be a good idea for many people in an attempt to improve their health, body composition, and overall wellbeing. Going low-carb doesn’t just mean only eating fats as then you could easily live off bacon, cream, and sausages. When eliminating any food group, you need to take into account the health implications and how you can maximize your health through the foods that you can eat.

One of the biggest sources of minimal carbohydrates is with meat, fish, and other animal produce. Meat tends to be highest in protein as well as fat with no carbohydrates whatsoever with the same for fish. Animal products such as eggs and dairy can have small amounts of carbs, but milk can contain a large amount of sugar. When it comes to these foods, you really need to include the source and the quality of the produce. The better the animals are treated, then the healthier their eventual products are going to be. A poorly treated animal will create poor produce.

Many animal products run the risk of being heavily processed such as in the case of sandwich meats, jerky, bacon, and sausages. Processed foods also can contain bad fats like hydrogenated or partially hydrogenated oils which have been linked to a whole host of ill health effects from heart disease to cancer. If you’re really looking to optimize your health, then avoid these at all costs.

Meat contains the added benefit that it’s high in protein which can keep you satiated and also help to increase and preserve muscle mass.

Non-animal low-carb sources include most vegetables, nuts, seeds, oils, and leafy greens. Leafy greens, in particular, contain a large amount of vitamins and minerals alongside a high amount of fiber with very little carbohydrates whatsoever. 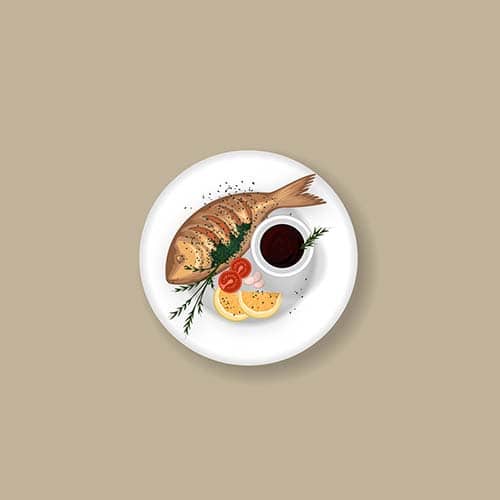 As well as knowing foods that you can eat, you also need to know the foods that you can’t. First up, we have anything that’s high in sugar. Sugar is essentially just a simple carbohydrate, so anything high in sugar will be high in carbohydrates. Sugary items include fizzy drinks, juices, syrups, sweets, desserts, and anything with added sugar. Often foods that are labeled as ‘low-fat’ will contain a large amount of added sugar in order to improve their taste.

As well as this, you’ll also need to avoid grains such as wheat, barley, rye, rice, and their products such as bread, cereal, and pasta. As the low-carb outlook has become more popular, there are now various low-carb substitutes on offers such as cauliflower rice and butternut squash spaghetti. These obviously don’t taste the same, but they’re high in fiber, low-carb, and high in vitamins and minerals compared to their original counterparts.

Starchy vegetables are large source of carbohydrates that people don’t quite realize. Potatoes and tubers may be a vegetable, but they’re also high in carbohydrates and are paired with many meals. If you’re ordering at a restaurant, make sure to check that the meal doesn’t come with rice or potatoes and if it does, then swap them to extra vegetables.

An often overlooked part of a low-carb diet is sauces. People think that just because they use a little amount of sauce with their meals, then it doesn’t matter. However, over the course of the day it really adds up. As well as this, most people use more sauce than they think they do. Ketchup, BBQ, mustard salad dressings, pickles, chutneys, and various other toppings can contain a large amount of carbohydrates and unwanted calories. Make sure to check the label of any sauce before purchasing.

Reading the label is an important part of anyone who’s health-conscious not just because of the carbohydrates, but because of unwanted other ingredients such as vegetable oils and added fats. Following a low-carb diet doesn’t mean eating as much fat as you can as calories still come out the top. If you eat more calories than you burn, you’re going to gain fat regardless of where the calories came from.

How Much Protein Is in 4 Oz of Salmon?

How Many Net Carbs are in Spaghetti Squash?

What is Freekeh and What are Its Health benefits?

Gelato vs. Ice Cream: Which one has more calories?