High blood pressure is a common issue in the modern world. One of the reasons is the availability of fast or junk food. Much of our diet is now based on convenience opposed to nutrition which leads to a number of problems, high blood pressure being just one.

The key to combatting this epidemic lies in the same reason for its occurrence. This reason is undoubtedly one’s own diet. Many people simply think that they can overcompensate for a bad diet by simply out-exercising their own caloric intake. The common misconception is that all one needs to do is go for a run two or three times a week and then all will be OK. Unfortunately, this is not the case. The best solution to most health problems is sticking to a well-rounded, micronutrient-rich diet based upon natural foods.

How the DASH diet was made

Recent studies have looked at the best eating approach to combat high blood pressure. Funded by the National Heart, Lung, and Blood Institute (NHLBI), scientists conducted two studies which found that high blood pressure could be reduced by eating a diet low in saturated fat, cholesterol, and total fat. Alongside this, a diet rich in fruit, vegetables, and fat-free or low-fat dairy products was also found to be beneficial. From this research, the scientists created the DASH eating plan specifically designed to combat high blood pressure and reduce its effects. As well as the foods already listed, they also included whole grain products, fish, poultry, and nuts. Sweets, added sugars, sugary beverages and lean red meats were reduced. Due to this, the diet is naturally high in vitamins and minerals such as potassium, magnesium, and calcium as well as protein and fibre, two components which are heavily associated with lower fat mass and total body weight.

In order to determine the effectiveness of the diet, they compared a standard American diet (SAD), a standard American diet with added fruits and vegetables, and the specific DASH diet. The results were extremely clear. Those who followed the DASH eating plan and the SAD with added fruits and vegetables had a dramatically lower blood pressure than those who just ate the SAD. In fact, lower blood pressure came within just two weeks of starting the new diet.

The follow up DASH study combined the DASH eating plan with a lower sodium intake. Participants either followed the DASH diet or the SAD. Involving 412 people, the subjects were separated into two groups who then followed the diets with different sodium levels on a month by month basis. The three sodium levels were 3,300mg minimum, 2,300mg, and 1,500mg.  Results showed that a lower sodium intake was correlated with lower blood pressure with further reductions in blood pressure associated with the DASH diet. Therefore, the best approach was the DASH diet alongside 1,500mg of sodium per day. 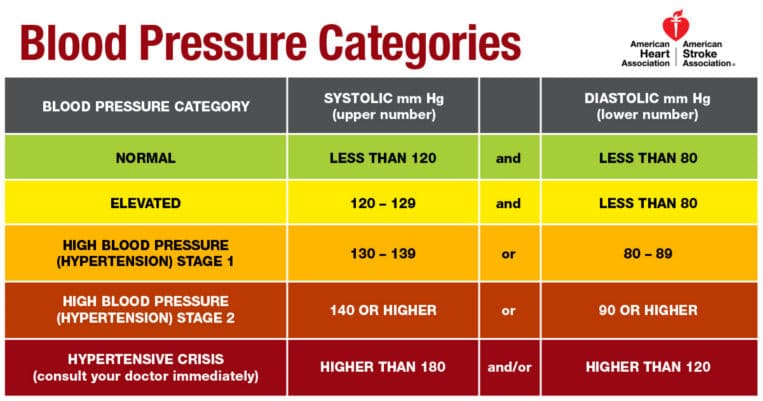 What is the Dash diet?

The official diet of the study consisted of:

The researchers also found that 1,500mg of sodium was found to be even better, especially for middle-aged and older individuals or those who already had high blood pressure. As you can see, these studies re-affirmed the idea that lower dietary cholesterol, fat and sodium is beneficial for blood pressure and heart health.

This might be the optimal diet to follow if you are concerned about your blood pressure. Though, it can be quite restrictive. If you do not already have high-blood pressure, then getting bogged down in the numbers may just leave you confused and excluded from many social events. Instead, take the main points away from the studies:

This is the way to adapt the DASH diet for an everyday lifestyle. However, the DASH diet specifically is more suited to those with already high blood pressure or who are nearing high pressure. If you believe this to be you, then following the DASH diet until you’re in a normal and comfortable range is a good idea.

How Much Protein is in an 8 oz Chicken Breast?

Your Ultimate Guide: How Much Saturated Fat Are in Eggs

How Much Protein Does a 4 Oz Chicken Breast Provide?