Every now and again, modern research picks up on something we’ve missed. Back in 2014, we discovered the ‘anterolateral ligament’ in the knee and in this case, it’s a new muscle located in the front of the thigh called the tensor vastus intermedius discovered in 2016.

A research paper from the Journal of Clinical Anatomy found this new muscle situated in-between two of the quadriceps: the vastus lateralis (located on the outside of the thigh) and the vastus intermedius (in the middle of the thigh).

By looking at various cadavers, researchers from Switzerland found the tensor vastus intermedius on 26 of them. They were then also able to find that it is supplied by the femoral nerve and lateral circumflex femoral artery. These are both situated in the thigh. The muscle is now part of the quadriceps group, originating in the upper and outer part of the thigh and inserting at the knee. 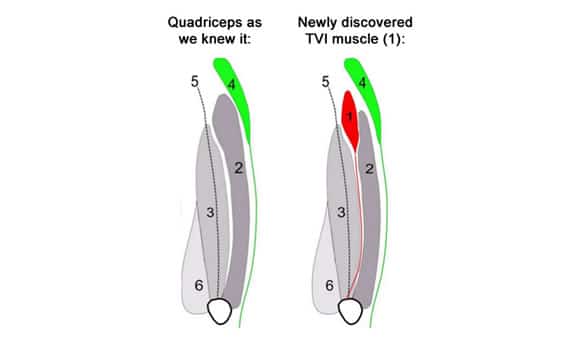 The quadriceps are the muscles on the front of the leg used for flexing the trunk at the hip (bringing the knees closer to the chest), and also extending the knee, such as when you kick a ball or stand up from a chair. They also are used to stabilise and protect the knee and hip. They’re made up of four muscles, hence the word ‘quad’: 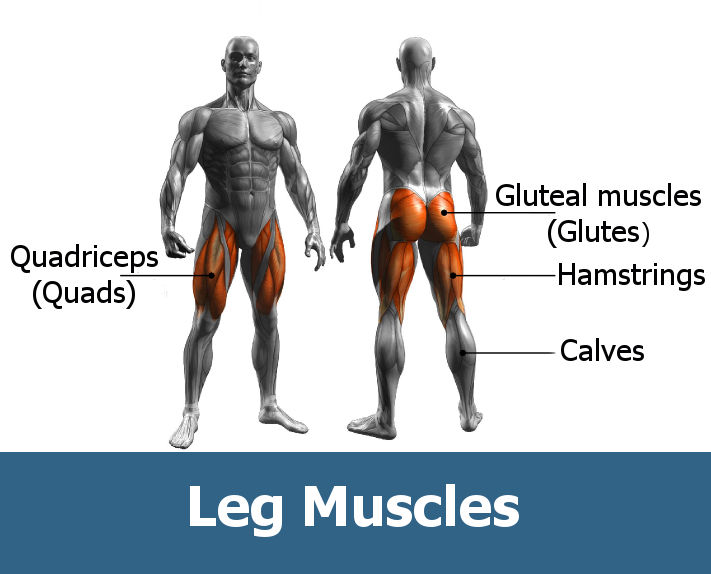 The new tensor vastus intermedius is actually very short and thin, running down the leg as an aponeurosis. Aponeurosis is a fibrous, tendon-like tissue. The muscle attaches onto the patella as part of the quadriceps tendon. However, there are slight differences from person to person in how the muscle is made up as well as differences from leg to leg on the same body.

This new discovery will allow for further insight and knowledge of the lower body for doctors, therapists and other health workers. Thus, allowing for better treatment and anatomical understanding for recovery, repair and training.

However, unless you’re a health professional, then this most likely won’t affect any aspect of your life.

Why we’ve missed it?

The reason we think it’s been missed for so long is because few operations occur in this area. Meaning there’s been a lack of detail and research. Nonetheless, discoveries in anatomy and biological science are hard to come by so this is an extremely exciting time for the researchers and those interested in the field. Occasionally, variations or differences will be found, but an entirely new muscle is almost unheard of.

Have you heard about this muscle?

How Actors Bulk Up for Movie Roles

The 15 Highest-Paid Athletes of All Time

The Best Dumbbell Exercises and Workouts for Your Lower Back