Arnold Schwarzenegger is an inspirational figure for many people around the globe from devoted bodybuilders to the business sharks. Some might think that he is one lucky bastard and was showered with money. However, his life is full of hard work and persistence. Born in post-war Austria, he was able to conquer the highest echelons of the USA.

I want to share 10 fascinating facts with you from Arnold’s life which will let you see him in a different light.

1. His early life was very humble

It’s no secret that many self-made millionaires and billionaires come from poor families.

When we look back to Arnold’s boyhood, we find that it was uneasy as well. He was born after the Second World War in a working-class family. In their family home, they only had basic things without any facilities like running water, shower, or a flushing toilet. They had cats instead of dogs. Arnold often thought it was because cats were able to catch their own food which eliminated the need to spend extra money on their food.

One day at school, a teacher showed Arnold the newspaper’s sports page and asked him to write an essay about it. At first, it was disappointing to be asked to complete such an unpleasant task. However, when Arnold noticed the photo of the well-built guy on this page, he felt excited and wanted to write a great essay about him. This guy was the one and only Mr. Austria, Kurt Marnul.

Later, he had a chance to meet Kurt in real life and was amazed at his muscular body. Arnold was inspired by what he saw, and Kurt definitely became Arnold’s number one idol. They even started to work out together. Kurt recognized Arnold’s potential and helped him quite a lot with training.

After school, Arnold joined the Austrian armed forces and became a tank driver. He was so highly motivated that he kept training even while serving. On the top of the tank, he found a free compartment and kept his weights there. Every time he had a free moment, he took out a barbell and exercised. Sometimes, other soldiers joined him as well. In fact, Arnold was preparing for the Junior Mr. Europe Competition.

When the competition date came closer, he realized that his commanding officers would not allow him to leave the army for a while to compete. So, Arnold decided to take a risk and escaped from the army for a couple of days. He went to Germany alone to participate in the competition. And guess what? In 1965, he won the title as the Best Built Junior Athlete of Europe. When he got back, the officers punished him by putting him into a cell. However, when they later heard about his success, they released him.

After this victory, Arnold received many job offers, which would allow him to move closer to his dream to become the greatest bodybuilder ever. Arnie needed to take a risk again. This time, he requested earlier discharge from the army. He wanted to move to Germany and start working. Until this moment, nobody had been discharged for such a reason. Either by sheer luck or due to his troublesome character, he was discharged earlier.

Despite everything, Arnold liked the army and was thankful for what he’d learned there. Later, he even purchased and brought his army tank to America. 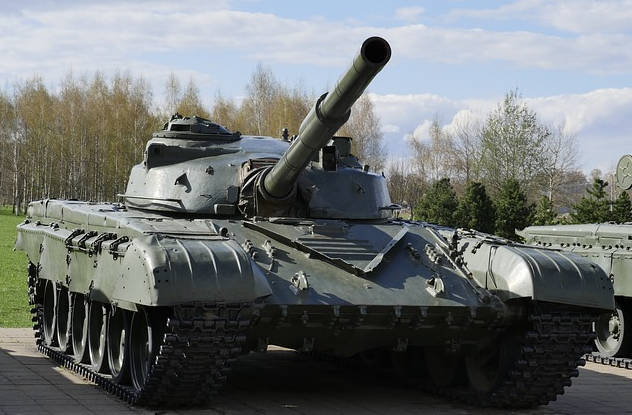 4. A tradesman of Tinseltown

At the age of 21, Arnold realized his big dream and was invited to the USA to participate in the competition. His first attempt to conquer the stages of the Land of Opportunities ended with frustration as he was awarded second place. However, in those days, the biggest bodybuilding impresario, Joe Weider, noticed Arnold’s huge potential and made him an offer to stay in America. He even promised to cover all expenses so Arnold could focus only on his training.

Arnie accepted Joe’s offer with pleasure, but he wanted to work and earn money as well. Joe felt proud of Arnold’s ambition alongside with lifting weights to make money. Schwarzenegger was always thinking of how to gain profit from every activity.

At first, he participated in some of Joe’s business projects and even created his own mail-order business. Later, he noticed that in America many popular businesses or services were tagged with catchy foreign names like Chinese herbs, Italian design and so on.

Arnold and his friend Franco Columbu wanted to surf this hype-wave and decided to open their own construction company. They promoted themselves as ‘European bricklayers. Experts in marble and stone.’ There was more than enough work that sometimes they even recruited other bodybuilders for help. With the money that they earned they were soon able to improve their living standards and started to invest in bigger projects…

As you can see, Arnold was motivated in many areas of his life to reach more and more. Fantastic!

5. Each achieved goal led to another one

Many don’t even realize it, but Arnold’s bodybuilding career was quite short compared to current day top bodybuilders. He didn’t spend all his best years in the basement lifting weights. In fact, Arnold started fanatically exercising in his middle teens and after that, his success skyrocketed. He won many prestigious titles, one by one, including Mr. Universe, Mr. Europe, and Mr. Olympia.

Arnie got all he wanted from bodybuilding competitions relatively fast. In his early twenties, he beat all serious competitors and was dominating so he could shift his focus to other interesting projects. Arnold was still hitting steel regularly, but his training intensity significantly increased only prior to serious competitions, which he kept winning.

Arnold’s dreams went far beyond bodybuilding. He knew that lifting weights was only one part of his life, and he wanted to try his skills at acting. Even though the people within his circle tried to convince him to stick with bodybuilding, Arnold strived to choose his own way…

With the help of Joe Weider, 22-year-old Arnold got his very first role in a fantasy comedy, ‘Hercules in New York’. Arnold starred as Hercules son of Zeus, who was tired of living among Gods and wanted to visit humans. By luck, he was able to leave Mount Olympus and went to New York, and the adventures began…

Due to his complicated surname, he was renamed as Arnold Strong, and his voice was dubbed as well. However, later, his original voice was restored, and now we can see and hear young Arnold in all his glory. Arnie was happy because he was moving towards his goals and even got a salary of $1000 a week.

I know that many of you think that Arnold made his fortune in movies or bodybuilding. I’m going to surprise you. He became a millionaire from investing in real estate before he turned 25.

There’s no denying that Arnold earned a good deal of money from winning championships, mail-order business, and during his early acting career. Instead of thinking about how to spend his money, he was more focused on how to save and invest his money. At that moment, the real estate market was soaring, and Arnold saw an opportunity. He bought buildings, waited until their value grew, sold them for a profit and reinvested the money in the next projects. It was like a snowball effect. For instance, Schwarzenegger bought one building in Santa Monica for $450,000 and later, was able to sell it for $2.3 million.

This real estate portfolio gave him the financial freedom and later allowed him to pick and choose the roles he wanted to act in without thinking about money. 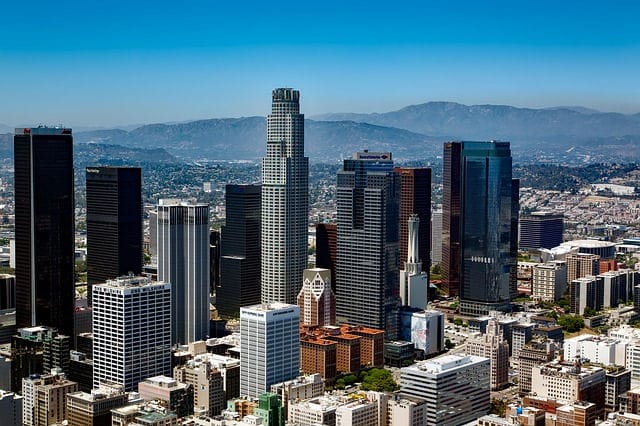 Could you imagine how Arnold would look as Kyle Reese in Terminator? If not, then you should know that at the beginning Arnold was offered to play the role of Kyle, and the Terminator role was originally meant for O. J. Simpson.

Producer James Cameron invited Arnold to lunch to discuss the movie. Arnold was ready to play the heroic Kyle’s role. However, when they went into the film’s plot details, Arnold enthusiastically shared his vision about how the Terminator should look in terms of how to walk, drive or shoot. After listening to Arnold’s ideas, James Cameron said that no one other than Arnold could better understand and execute the role of the Terminator. He proposed that Arnold play the Terminator instead of Kyle. At first, Arnold refused this switch and didn’t want to perform a machine which only had a few speaking lines during the entire movie. Others warned him to stay away from bad guy roles, believing they could negatively affect his further career.

James argued that an audience would look at him more like a memorable hero than some anti-hero/iron scrap in the way that he would shoot Terminator. Arnold was thinking about James’ proposal for the next few days and finally agreed.

9. The American and Austrian dual citizen

After living in the USA for over five years, Arnold wanted to be an active citizen by participating more in social and political life. Sadly, he couldn’t fully realize this without being an American citizen. As you know, Arnold had Austrian citizenship and didn’t want to lose it. In the USA, dual citizenship was possible, but in Austria it wasn’t, and exceptions were made only for a few diplomats.

Of course, Arnold also asked the Austrian authorities to make an exception for him and hoped for the best. Luckily, his request was granted, and he immediately applied for his American citizenship. In 1983, he was among those fortunate enough to get his naturalization certificate.

Alongside becoming a bodybuilding champ and blockbuster star, Arnold felt that he could do more for his country. With new citizenship in his pocket, he wanted to get involved in politics.

During 2000 – 2001, the Golden State got into financial problems due to a decrease in tax revenues caused by the Internet’s bubble bursting and the electricity crisis. Now, at every step, Californians could see how their quality of life was sharply declining.

Arnold was annoyed to see that and set the New Year’s resolution for 2002 to explore the possibilities of running for the position of California’s governor. He wanted to make California great again.

He met politically influential people to assess his potential to win elections. Together, they concluded that Arnold’s main asset was recognition from movies, but he had a real lack of political experience and economic knowledge. However, these obstacles couldn’t stop him from attaining his goal.

Thanks to favorable political circumstances, Arnold could announce his candidacy for governor in the 2003 California recall election. He had a lot of supporters and among them was billionaire Warren Buffet. But the foremost supporter was his wife Maria, who came from a family with a legendary political background. At first, she was totally against Arnold’s candidacy but later supported his decision to run for office.

Arnold was elected as governor in 2003 and stayed in this position until 2011.

Even though his role as governor meant his filming career would have to take a back seat, Arnold admitted, ‘I wouldn’t exchange my governor experience with anything else. It was the most challenging, rewarding, and pleasurable thing to serve the 40 million people of California.’

Arnold, like every human being on the earth, has his own good and bad characteristics. It’s obvious and understandable. Love him or hate him, but it’s difficult to deny his huge influence on many people around the globe.

How Protein Conquered the World

Low or High: How Many Reps Faster Increase Muscle Hypertrophy?

Warren Buffet as a Weightlifter