NSAIDs (Non-Steroidal Anti-Inflammatory Drugs) are most commonly used for relief from pain and swelling in the muscle which is why they’re more commonly referred to as ‘pain killers’. Occasionally, gym goers will use them to reduce the negative or unwanted effects from delayed-onset muscle soreness (DOMs). In fact, it’s reported that as much as over thirty million people use a form of NSAIDs each and every day. It’s thought that the wide-spread use of these drugs is due to their availability and accessibility over the counter without the need for a prescription.

What do the drugs do?

The drugs work by inhibiting a collection of enzymes known as cyclooxygenase (COX) which are responsible for converting arachidonic acid into pro-inflammatory prostanoids. Prostanoids are thought to be involved in some part with the soreness associated with DOMs with various studies showing that they can heighten the body’s sensitivity to pain. By taking NSAIDs, we can not only reduce inflammation but also our response to pain and discomfort caused by DOMs. This means you don’t need to miss any workouts, have your form break down, or feel achy throughout your training session.

Why wouldn’t you want to take NSAIDs?

Whilst inflammation doesn’t sound useful, it does play a vital role in our body. Otherwise, there would be no want or need for our body to do it. The inflammation process is actually key to our body’s ability to adapt to our workouts. After all, the whole point of exercising is to create a large enough stimulus for your body to change itself and become better at said activity. In particular, prostanoids are also involved in anabolic signalling, meaning that they directly or indirectly cause your muscles to grow. Blunting their release through NSAIDs means that your body isn’t getting the same signals to grow. Essentially, NSAIDs can impair muscular development as well as your ability to recover, contrary to popular and anecdotal belief. However, the result between studies vary.

Some research also indicates that NSAIDs can be detrimental for protein metabolism. No matter what you eat, your food needs to be able to be digested, absorbed, and used in order for it to have any effect on your body. If your body cannot properly metabolise protein, then the chicken breast, beef mince, or protein shake you’ve consumed isn’t going to have the same benefits as it should. You can consume as much protein as you can physically fit inside your body. Yet, if your body can’t metabolise it, then it’s going to be of no use whatsoever.

Most surprisingly, the adverse muscular adaptations to training have been shown with those using both selective and non-selective NSAIDs, with studies on rats showing as much as 50% decreased hypertrophy. That means your progress could be cut in half! 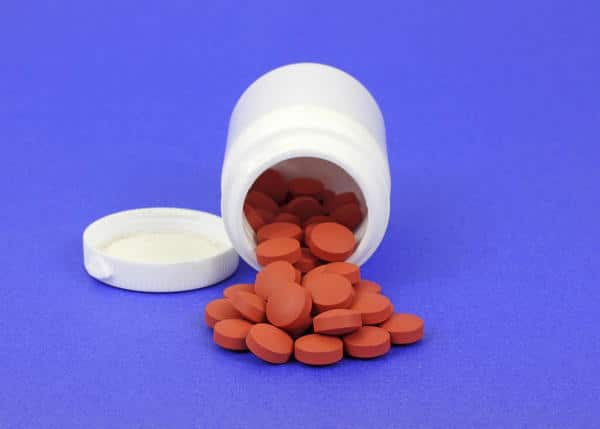 It’s also important to note that whether or not you take pain killers, missing workouts will harm your progress. To some degree, training through DOMs actually helps you to recover as it increases blood flow to the area which brings with it oxygen and nutrients. That’s why if you’ve done a heavy leg session, it can be a good idea to go for a brisk 30-minute walk or cycle the day after. Obviously, if you’ve done a leg session on Monday, then doing another leg session on Tuesday isn’t going to help. However, if  you wait at least 48 hours after your training session, you should not miss a training session due to DOMS. If they are particularly bad, then simply adapt your training accordingly, and only do light work on the areas where the pain is worse.

As well as this, if you’re using pain killers to mask a potential injury, then this will halt your progress regardless. Everyone gets injuries from time to time. Yet, how you deal with them affects how long you’ll be away from the gym. No amount of sweeping the symptoms under the rug will help you. If the problem does happen to go away, then it’s more likely that your body is having to work around something it would rather not, which will hinder your progress further down the line. Always seek advice from a medical professional at the first sign of any injury. At the end of the day, your health is far more valuable than how you perform when you exercise, and will actually help to improve your abilities in the long term.

Our Advice on NSAIDs

Pain killers are not bad nor should they be avoided under the right circumstances. As with anything, the devil lies in the dose. Abusing pain killers by using them on a regular basis shows that there’s a deeper problem which needs to be addressed and that’s the real aspect that’s going to halt your progress, not the potential detrimental effects from the drugs themselves. Using NSAIDs on an occasional basis will not impair muscle growth. Staying patient and not trying to rush your training will mean that you’re far more likely to avoid injury, and avoiding injuries is really the biggest key to getting continually stronger, faster, and bigger.

Do you often take NSAIDs?

Build a Stronger Back

7 Ab Roller Exercises for a Strong and Stable Core

How to Get Bigger Pecs at Home. No expensive equipment needed

How Actors Bulk Up for Movie Roles