After protein powder, creatine might possibly be the most widely consumed health and fitness supplement on the current market. Even though many people believe the powder to be some form of steroid, creatine is a relatively safe and effective way to increase your strength and power output.

Today, we’re going to look at some new research examining the best time to take creatine for maximal results, but first, let’s breakdown exactly what the supplement is and why it’s so useful for fitness enthusiasts.

Creatine is a compound that’s naturally created in the body to aid in energy production. By supplementing with creatine, we can increase our stores of ATP (adenosine triphosphate), our body’s go-to source of energy for short-term, high intensity activity e.g. weightlifting, interval or sprint training.

How Do I Use Creatine?

Now, for creatine to be classed as effective, it needs to be supplemented long-term. It differs from ingredients such as caffeine where you can feel the effects relatively quickly after ingestion. In fact, you may not see any noticeable differences for up to a month of supplementing. This is because it takes time for the muscles to saturate.

The second method is to only take the maintenance dose. This does eventually fully saturate the muscles, but it takes longer time. However, there are minimal side effects associated with this method and many believe it to be the more enjoyable option.

If you overdose on creatine, this can cause cramps, constipation or diarrhea as well as other ill health effects. 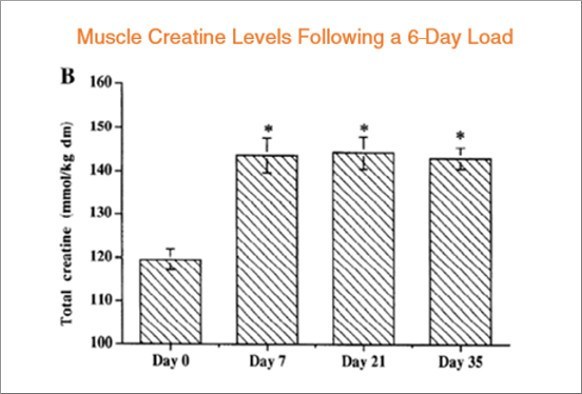 You’re not going to be able to double your deadlift in a matter of weeks just by taking a scoop of creatine each day. All it does is slightly increase your available energy and therefore, your strength and power output.

In addition, around 20 – 30 % of athletes fail to see any changes in performance. Me too…

When is the Best Time to Take Creatine?

When it comes to what time of the day to take creatine, the answers have always been fairly ambiguous. As long as you take the same amount each day, then that should be enough.

However, what if you want the most optimal results? Thankfully, new research has taken a closer look at whether creatine is best supplemented before or after your workout.

As a performance enhancer, many companies include creatine as part of their pre-workout products. Yet, as creatine’s advantages can’t be seen that rapidly, its inclusion is fairly pointless and can cause issues for hydration throughout your session.

The study randomly assigned nineteen healthy recreational male bodybuilders into pre-supplementation and post-supplementation groups with each taking 5 grams of creatine. The pre-supplement group would consume their dose immediately prior to their session whilst the others would do the same but after their workout. The subjects trained five days per week for four weeks following a periodized, split-routine similar to the common bodybuilding approach, and were told to take the creatine whenever they liked on their rest days. Both their body composition and their bench press 1 rep-max were tested before and after the study. 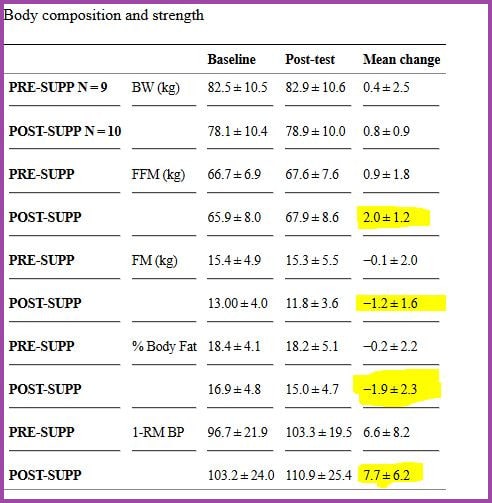 The results showed that there was a difference among the post- and pre-workout supplementation groups. There was an indication that the post-workout provided more advantages. So, if you want the best results you can get, then you’re better off mixing your creatine with your post-workout protein shake as opposed to including it in your pre-workout mix.

It’s important to note that this study didn’t utilise a large number of participants and therefore, the field needs more information before it can be called conclusive. Though, by analysing how creatine works and looking at the results of this study, it does seem that post-workout is the way to go.

The most important aspect, however, is simply to be consistent with your supplementation, not taking too much or too little. As creatine is so cheap, many people take more than they need under the belief that more is better, when in fact, this just increases your risk of side effects without providing any advantages.

Hopefully, the new research increases interest in this area of health and fitness and kick-starts a wave of more studies so that we can better understand creatine and how to use it as part of our day-to-day life for even better results.

How do you usually take creatine?

The Workout Woe: What Should You Choose?

How to do a shoulder press correctly for aesthetic delts

Myokines and Their Importance to Health and Fitness