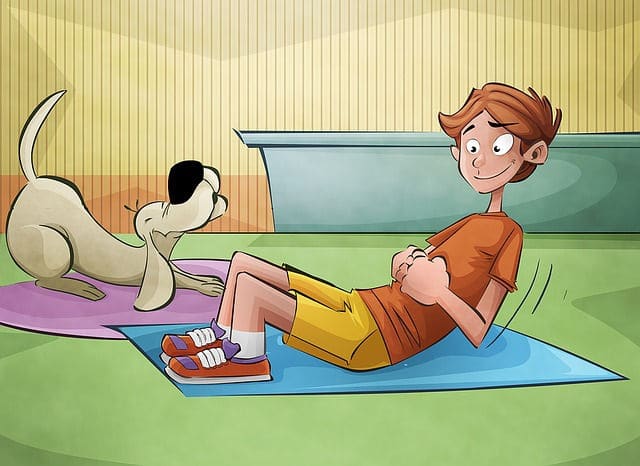 Big butt, love handles, beer belly – all these words sound a lot nicer than what they are! Especially when you want to go to a party wearing your new tight dress. These areas are actually called ‘trouble zones’. People often come up with the most unbelievable solutions to deal with them as you may have seen on many commercials. So, let’s look at whether their claims are true. 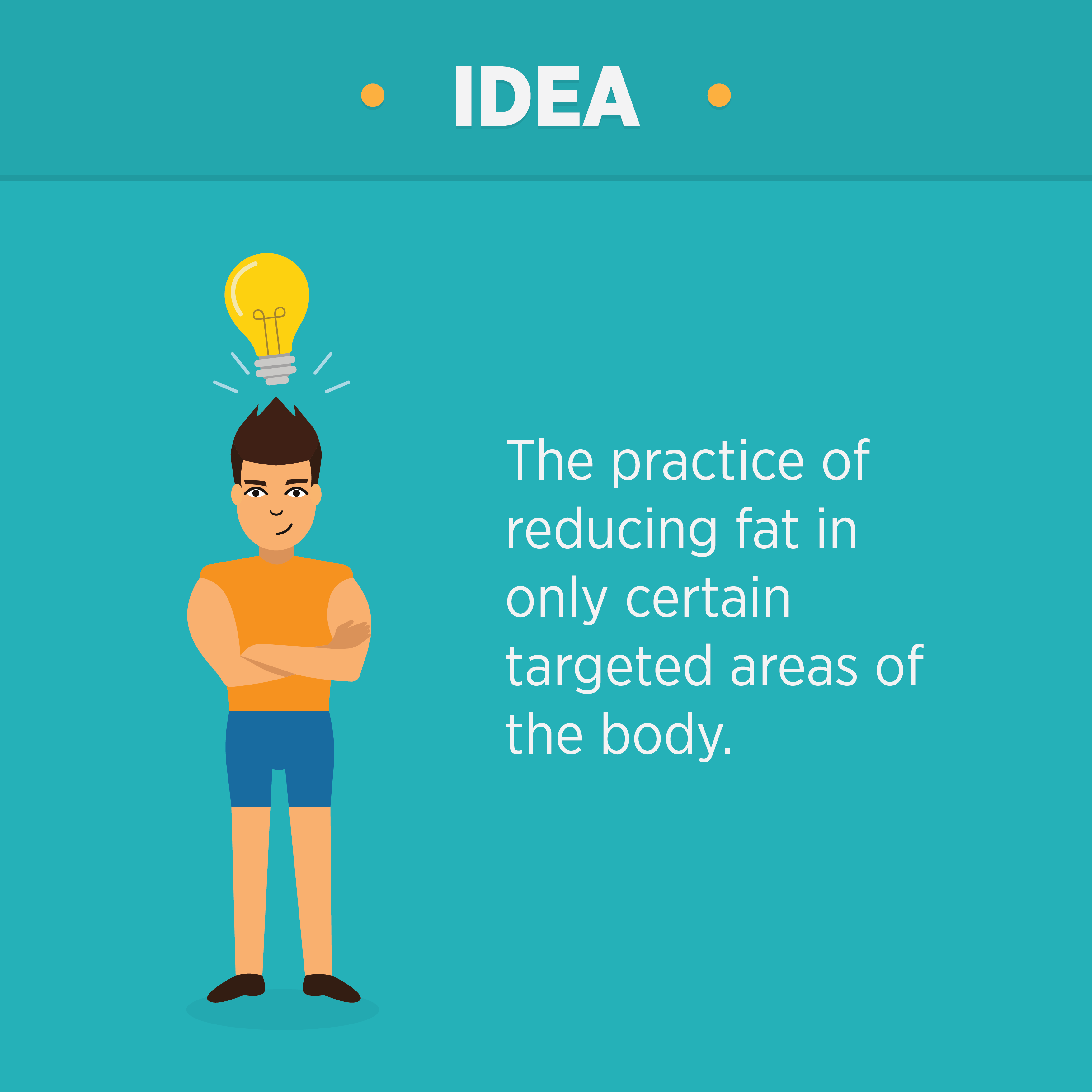 How We Burn a Fat

We all like to eat good food. However, overeating causes fat to accumulate in a layer under the skin or in the worst cases, around our internal organs. This is caused by both fat and carbohydrates. Both help to form triglycerides (one type of fat) and accumulate them in fat cells (adipocytes).

For the body to begin to burn the accumulated fat you need to:

When these conditions are met, the body activates the sympathetic nervous system which prepares the body to deal with stress. At the same time, the body also release hormones that help burn fat for energy, such as human growth hormone, glucagon, epinephrine and norepinephrine, also known as adrenaline and noradrenaline. When the hormones are released, they get put into fat cells via the blood stream. 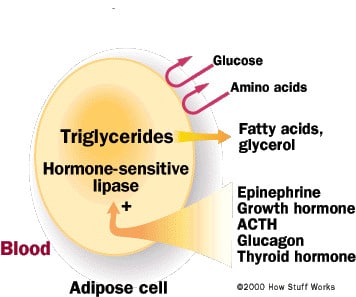 The hormones that could affect fat cells and start fat burning must bind to receptors. After that, receptors can start a series of reactions in the cells. Each hormone has its own receptors. Depending on the type of hormone, they might appear on the cell surface (cell surface receptors) or inside (intracellular receptors). Receptors are like car pedals: If you tap one, the car brakes, tap the other and it will speed up while the third makes some processes happen easier. Insulin is more like completely cutting the brakes.

When we talk about spot reducing fat, then we mostly mean about the impact of epinephrine and norepinephrine. So, we only need to talk about them. These hormones are released by the adrenal glands. They bind to receptors located on the cell surface – alpha (α) and beta (β). Alpha receptors slow down fat burning whilst the beta receptors accelerate it. When hormones bind to beta-receptors, it induces many intracellular reactions including enzyme lipase (hormone-sensitive lipase) activation. This enzyme further induces lipolysis – the breakdown of stored fat (triglycerides) into free fatty acids and glycerol. Now fatty acids and glycerol can get into the blood stream, circulate through the body and provide energy.

This means that the more hormones and beta receptors you have, the easier it is to lose weight. Other hormones have a different effect on fat cells. For example, insulin doesn’t allow lipase to activate.

Trouble zones are places on the body where fat accumulates fast and disappears slowly. These areas are influenced by two main factors: body type and gender. Usually, men accumulate more fat on their belly and lower back whilst women store more fat in their hips, thighs, belly and upper arms. Training to lose fat in these areas is usually associated with so-called spot fat reduction. 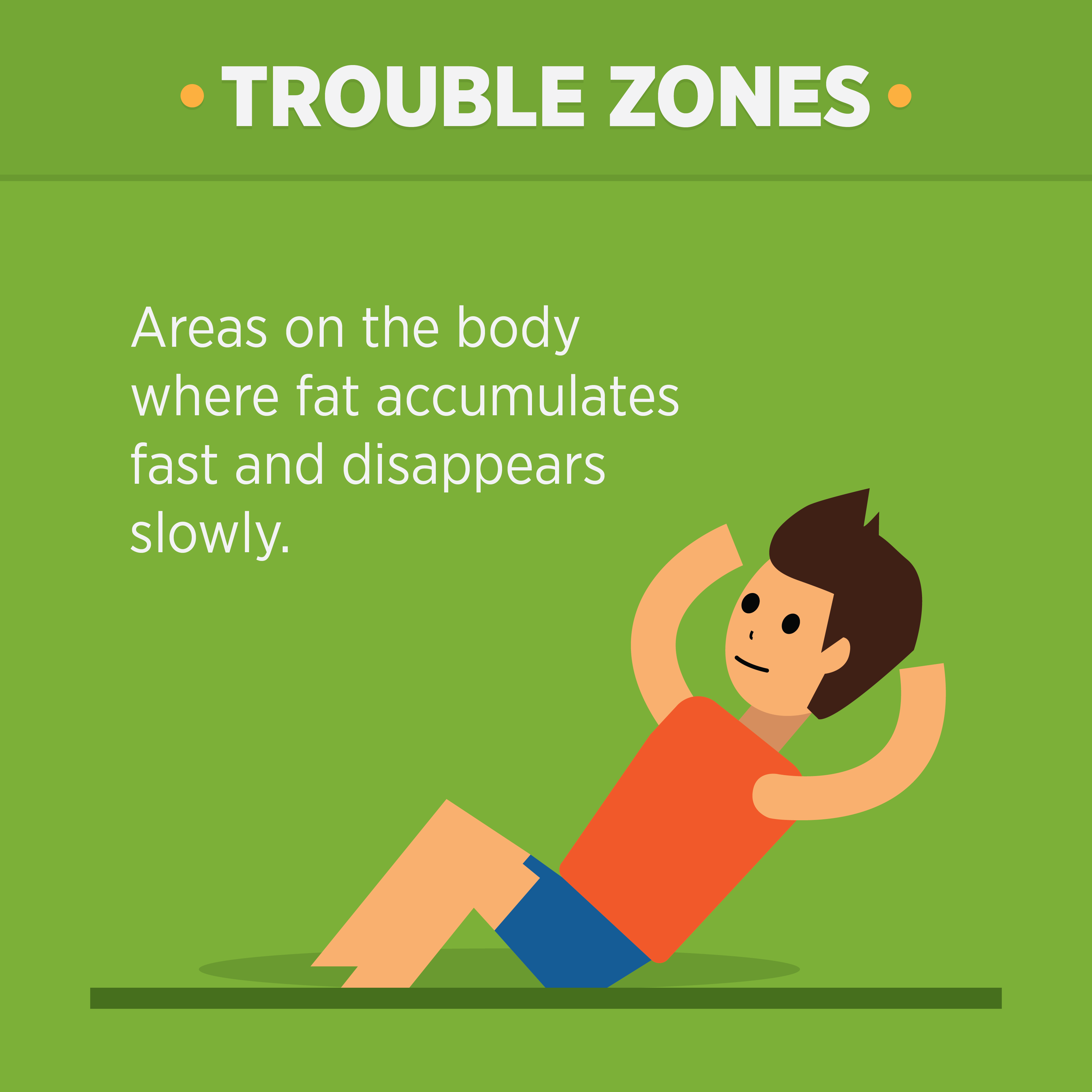 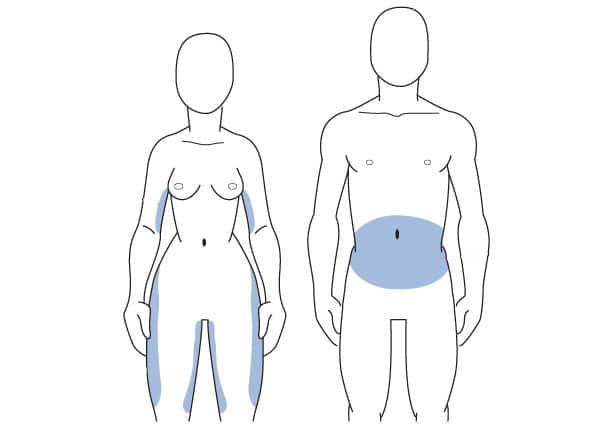 Why spot fat reduction is impossible?

Now, have a think. Have you ever seen someone who does a lot of crunches actually lose fat from their stomach? I suppose not. The majority of fitness professions deny spot reduction and call it impossible. Hormones circulate through the blood flow and impact fat cells to use fat for energy. At first, it becomes faster in places where blood flow is better and fat cells have more beta receptors. Fat cells in trouble zones tend to have more alpha than beta receptors as well as poor blood flow. If the blood flow is poor, then there aren’t as many hormones that allow fat to be used for energy.

This forms an interesting bundle: poor blood flow, less hormones and less beta receptors. Therefore, it’s no wonder that the fat from these places doesn’t disappear so quickly. 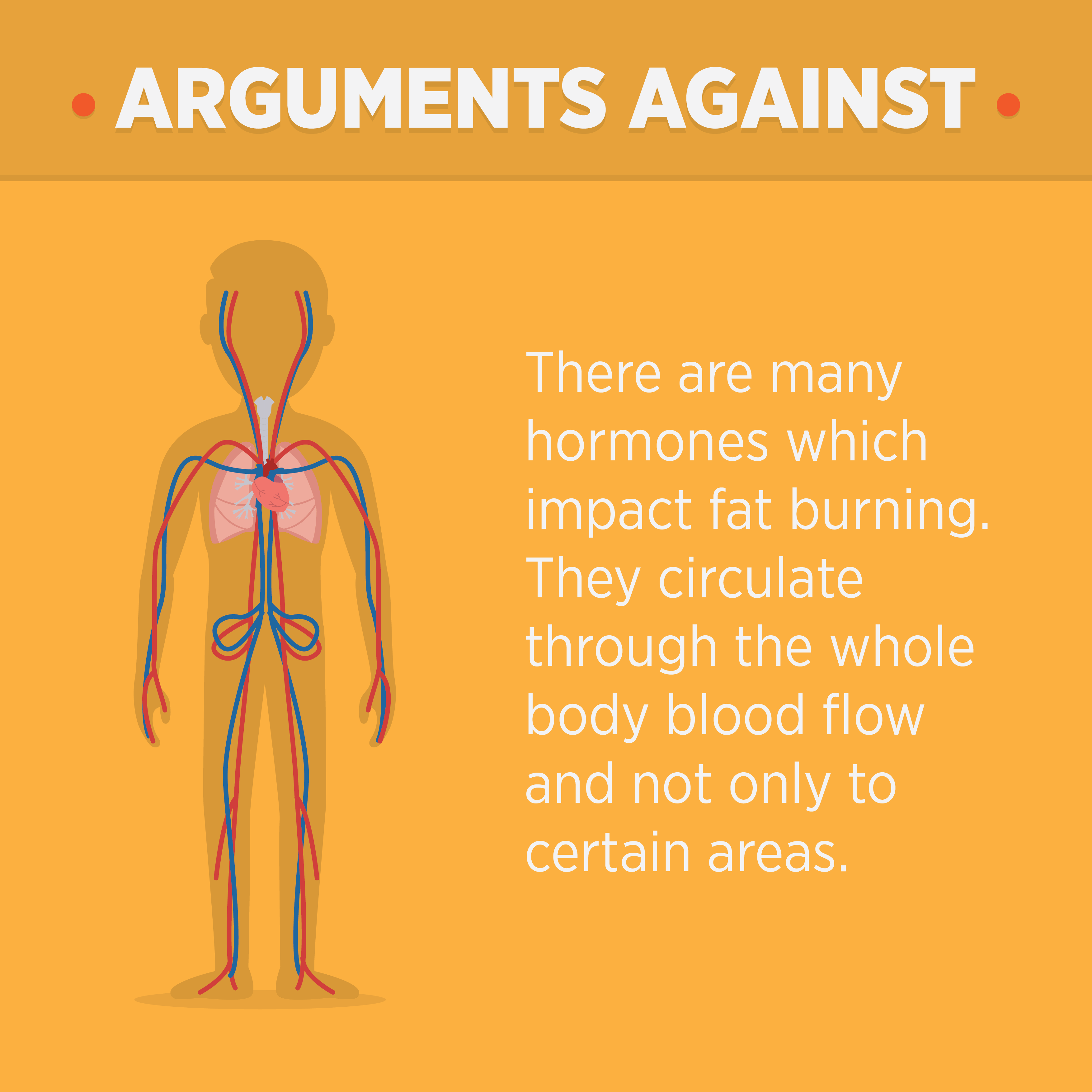 Even Arnold Schwarzenegger noticed that intense abs training before competitions helped him reduce his waist circumference and get ripped abdominal muscles. I suppose we need to listen to his opinion. Victor Selujanov (Селуянов Виктор), a popular professor among Russian strength athletes, also confirms that spot fat reduction could be possible after seeing it many times in his practice. Footballers who intensively trained their abs have less fat in this area than footballers who didn’t. In other places, their fat layers were similar. 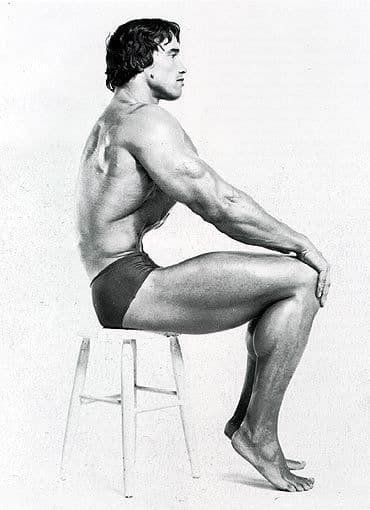 How can we explain this apparent spot fat reduction? When we exercise, we increase blood flow to the place being worked. As you remember from earlier on, increased blood flow leads to more hormones in that area and more hormones means better fat burning. Even though fat cells in trouble zones have less beta receptors, at least with increased blood flow, we can stimulate them to burn more fat. In this case, the most suitable technique for increasing blood flow will be by ‘pumping’ which is when you perform exercises for about 15 – 40 repetitions and only rest around 30 seconds between sets. Pumping exercise helps to increase blood flow. In addition, it could be possible that it will reduce the size of fat cells and the number of alpha receptors while increasing beta receptors at the same time 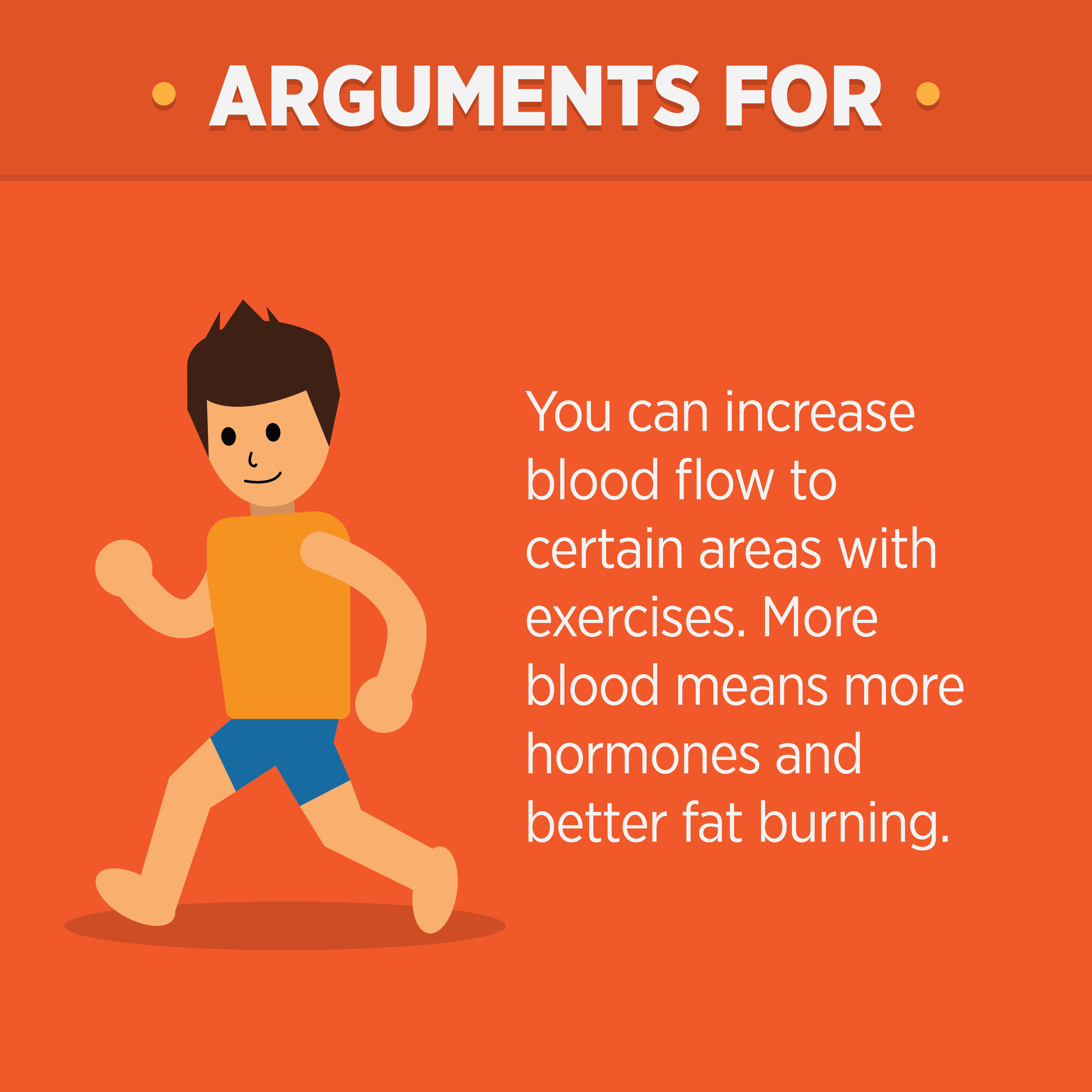 What can we do?

It’s important to state that spot reducing fat isn’t as effective as you may want. There’s also not a lot of information to confirm it. You need to look at spot fat reduction as an additional thing for when you’re in good shape but want to remove some additional fat from your waist or arms, or improve your six pack , or define your triceps etc. Unfortunately, you can’t quickly make a six pack from a beer belly using only crunches. In general, whole body and large muscle group workouts will be better for weight loss. This is because by working more muscles, you’ll burn more calories and increase your muscle mass. The more muscle you have, then the faster your metabolism is. 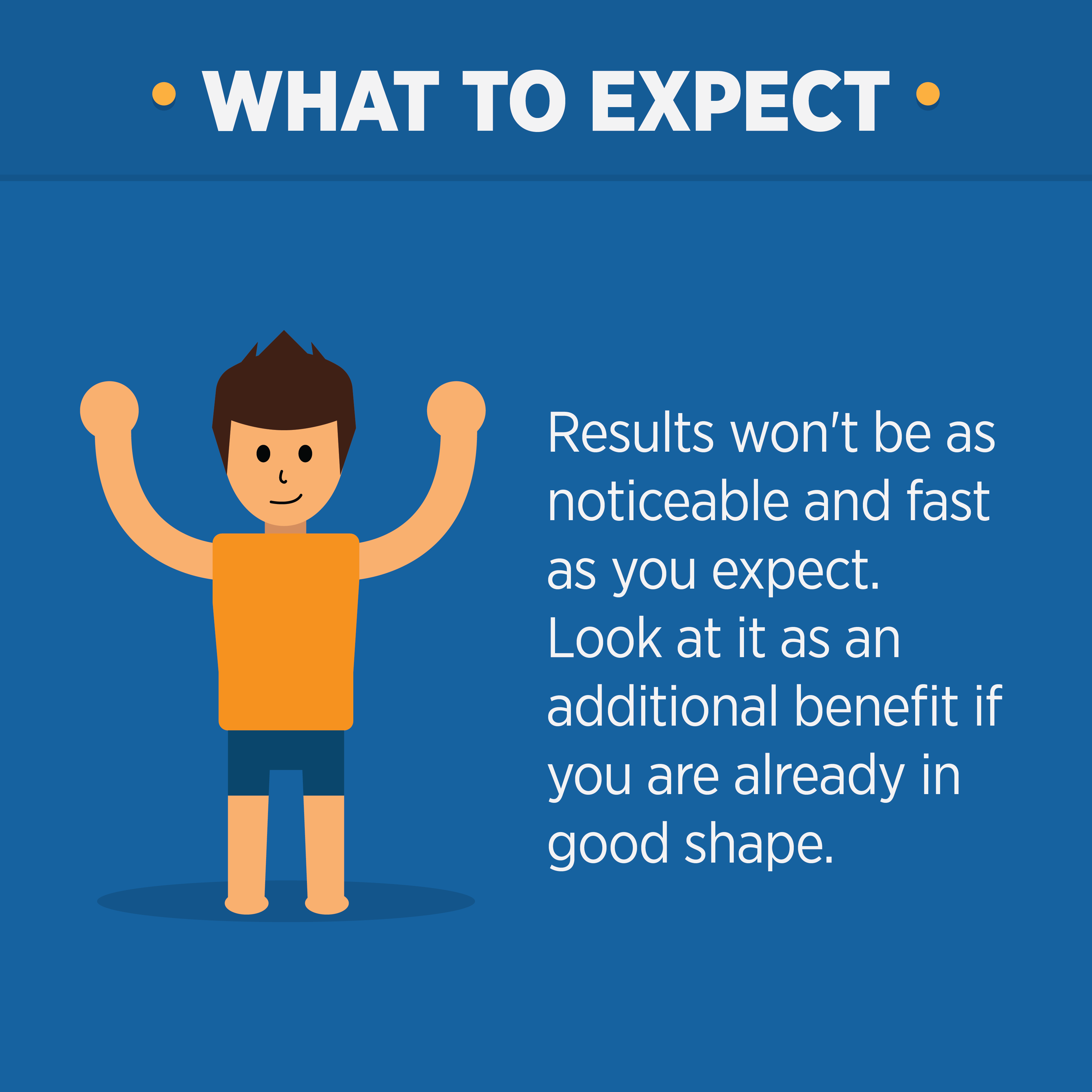 If you want to work your trouble zones, then remember to perform exercises for them with high repetitions and short rest between sets. It’s best to perform these exercises at the end of your workout and after large muscle groups such as legs, chest and back workouts when more hormones are released. The frequency of these workouts should be about three times per week, but you can adapt this to your regime.

If you don’t go to the gym, then you can cycle trouble zone workouts with high intensity cardio (not suitable for beginners). Why with HIIT? Because it better stimulates the sympathetic nervous system and hormone secretion. In this case, the workout can last 30 minutes. Start with 60 seconds high intensity cardio and then spend 90 seconds on your abs or another trouble zone. Repeat until you reach 30 minutes. 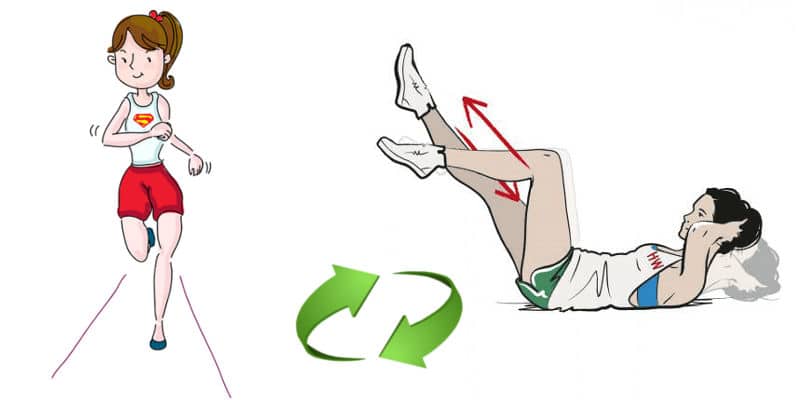 After all of this, we can conclude that there are different experiences and studies about spot fat reduction. If you’ve only just started exercising, then it’s best to first think about whole body workouts and save spot fat reduction until after you’ve made substantial progress. This will help you to get the best results and get closer to an aesthetic physique.

Do you have any experiences with spot reducing fat? Let me know!

Rumble in the Jungle: the Fiber Faceoff

7 Tips on How to Get Into Ketosis Faster and Easier

Does an additional portion of fruits and vegetables speed up weight loss?