Creatine is one of the most used supplements in the world. If you’re familiar with creatine, then you’ll know that just 2.5-5 grams of this white powder a day can help you build muscle, gain strength, and look fuller. However, new research might suggest that creatine is actually more effective for 50% of your body. Specifically, the areas of your upper body: chest, shoulders, arms, and back.

A study posted in the Nutrition and Health journal looked closer at the effects of creatine on the body when combined with resistance training which is how most creatine-takers exercise. The researchers took 43 men aged between 20 and 26 who were familiar with lifting weights. The individuals averaged a bodyweight of 73kg and a height of 178cm, meaning that they most likely carried a good proportion of muscle mass. 22 of the men were then given creatine to supplement over the 8-week period while 21 took a placebo.

How Was the Creatine Supplemented?

Throughout the 8-week period, the men performed four sessions of resistance training each week following a “two way split routine”. Monday and Thursday consisted of chest, shoulders, triceps, and abs whilst Tuesday and Friday consisted of back, biceps, thighs, and calves.

What Did the Results Show? 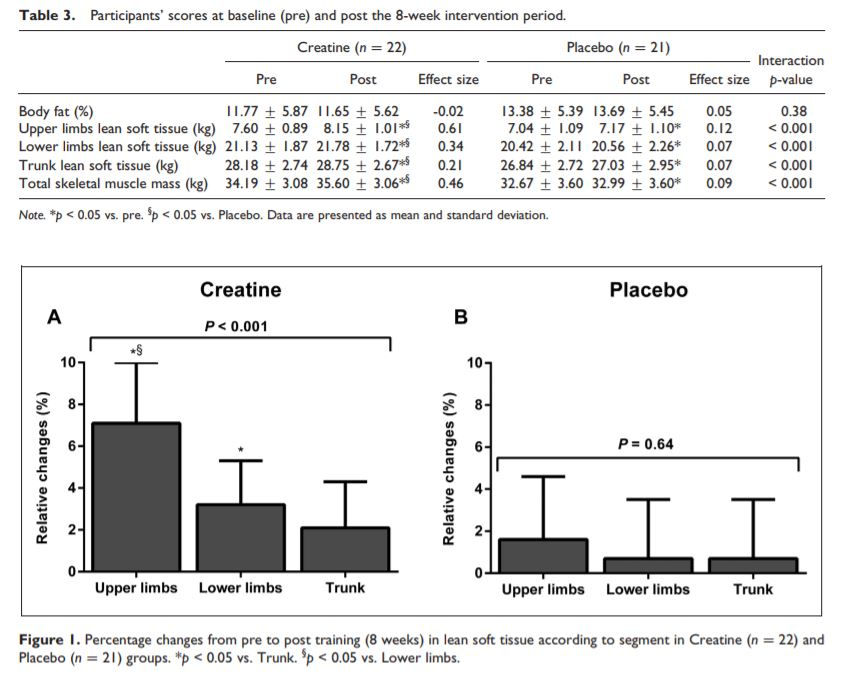 What Can You Take From This?

Creatine is an effective supplement to take on a regular basis. It positively affects muscle growth, particularly in the upper limbs. However, take these results with a pinch of salt. It’s clear from the training regime that the upper body was being trained four times per week whilst the lower body was only trained twice per week. This higher volume might also be a reason for the split in results.

Latest Study Reveals: Caffeine is Beneficial for Your Heart

A Tough Egg to Crack: Should Those Seeking Muscle Gains Keep the Yolk or Not?

Jury is Still Out on Insect Protein

A Big Pain in the…Neck: Resistance Training as an Alleviant to Neck Pain