We’ve all seen the dramatic body transformations that actors undergo for various movies and TV shows.

The most famous is possibly Christian Bale’s dramatic weight loss for The Machinist followed by his incredible weight gain for his role as Batman in Batman Begins. Bale dropped around 60lbs to put him at an extremely low 120lbs for 2004’s The Machinist, a film where almost all of his bones could be easily seen as he plays an anorexic factory worker with serious sleep issues. “If you were any thinner, you wouldn’t exist,” he’s told repeatedly. For the role, Bale apparently only ate a can of tuna, an apple, and nothing else every single day in the build-up to filming.

Yet, just 6 months later, he ended up being at around 230lbs for Christopher Nolan’s Batman Begins – MORE than Nolan wanted him to be. By the time filming ended, Bale weighed between 190-200lbs, dropping 30-40lbs over the course of the shooting.

How did he do it?

Now, Bale’s transformation is actually very easy to explain. Prior to The Machinist, Bale was an avid weight lifter. For both American Psycho (2000) and Equilibrium (2002), Bale had to portray a physically-impressive character which kept his weight at around 185lbs. In fact, IMDb states that he would go to the gym 6 days a week for 3 hours at a time in preparation for the former film. This means that his body’s natural set point was much higher than the 120lbs physique we saw for The Machinist. 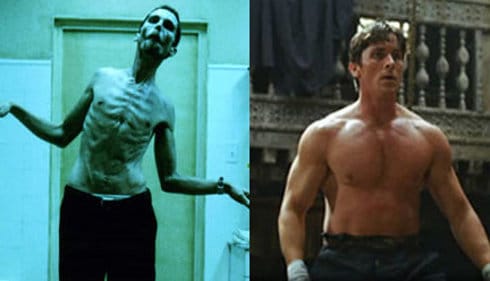 Our body always wants to stay at a certain weight that it deems ‘healthy’ for your lifestyle. The main aim of a set point is to keep you and your hormones fit and capable for your current lifestyle. This is all based upon our genetics, exercise history, diet, and environment. However, we can affect this set point through diet and exercise. For instance, your body might want to stay at 145lbs at 15% body fat, but you might want to be 155lbs at 12% body fat. Through exercise, diet, and patience, you can build yourself up to this level. Then, by maintaining your caloric intake and exercise levels, your body will begin to adapt to this new set point.

By understanding this, we can begin to get our heads around the dramatic transformations that we see on screen. At 120lbs, Bale was extremely unhealthy and his body was clawing at the chance to get back to the way he was. Once he did begin eating and training again, his body would have put all of its energy into getting him back up to 190lbs. Regaining muscle, strength, size takes far less time than building it in the first place as the body has a ‘muscle memory’ which it uses to return to normal. Bale most likely bulked back up to 190lbs in a couple of months and then used the remaining time to train up to his Batman weight of 130lbs.

In Batman Begins, Bale is not particularly lean. He’s by no means fat, but he doesn’t have a sharp, chiselled six pack which is associated with body fat levels of 12% and under. It’s estimated that Bale’s body fat levels sat between 15-20%. This means that not all of the weight he gained was pure muscle. Gaining 30-40lbs of fat and muscle with the help of a personal trainer in 4 months is not unheard of – especially when the body is primed to gain weight after a period of starvation. Bale’s body would have been in an anabolic (tissue creating) mode, making it a lot easier for him to gain weight. At the time he was bulking, Bale was apparently eating everything and anything he could get his hands on. By the time the shirtless scenes came around, Bale would have dropped some of the fat he’d gained from his bulk which makes him appear a lot leaner.

How do actors sustain their ripped and muscular body?

It’s important to note that when we see actors with these crazy physiques, they don’t maintain this body year round. A lot of them train and eat specifically for the shirtless scenes and then allow themselves to lose a little muscle/gain a little fat afterwards. For example, Christopher Evans as Captain America would have his shirtless scenes filmed first as he would lose muscle as the shooting went on. 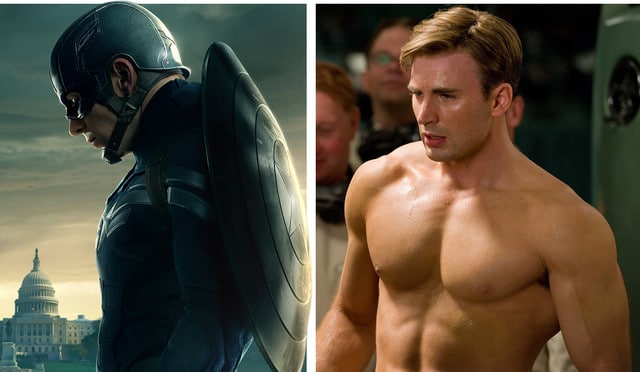 How do they train to get bigger?

The training itself varies a lot. Some actors prefer a bodybuilding approach where specific body parts are trained individually to make sure they’ve received enough stimulus to grow whilst others take a powerlifting approach where they use heavy compound movements such as deadlifts and squats coupled with isolation exercises. According to Chris Hemsworth’s trainer, he used a routine similar to Arnold’s classic bodybuilding methods.

How many actors are on steroids?

The obvious question that most people ask is whether or not an actor is on steroids. We’ve already discussed that Christian Bale was most likely not on steroids due to his previous training and unnatural starting weight. Other actors such as Hemsworth are accused, but his stunt double in Thor has said that Chris is entirely natural. According to the double, Hemsworth’s genetics could have allowed him to be an NFL player if he didn’t choose the acting route. There’s also actors like Hugh Jackman in Wolverine; though, if you look at him in the first X-Men movie in 2000, he’s by no means big, defined or impressive. As the movies have progressed, so has his physique. Looking at Jackman in each X-Men film, you can see that he’s slowly built his body into the juggernaut we know it to be now. The time difference between the first X-Men film and his last, Logan, is 17 years. That’s a long time to gain muscle and lose fat. 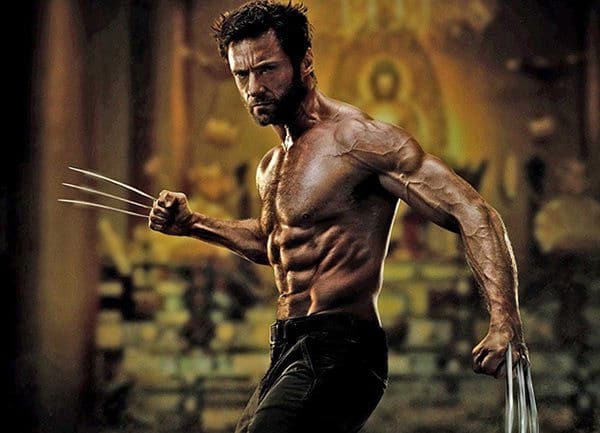 However, it’s obvious that some actors have been enhanced to build their physique. Not all of us can be blessed with the genes that help us gain weight and build muscle and so using steroids is a clear and easy route. We need to remember that for an actor, their body is often their job. If they don’t manipulate their body in a certain way, then it can make the difference between landing a role and not. There’s no way that Bale could have played the role of Batman at 120lbs, nor could he have been in The Machinist at 185lbs. He had to lose and gain weight to get the jobs and portray the characters properly. When you have such a large motivation to change your body, you’re far more likely to get better results. If Bale did not have the previous training or the right genetics, he may well have used PEDs (performance enhancing drugs) to make sure that he had the body that was required.

The Benefits of Money

Actors also have access to extremely useful resources that most members of the general public do not. For high-budget movies, actors are often given a very knowledgeable and well-experienced personal trainer to transform them into the state they need to be in for their role. They’ll also have access to the highest quality equipment and supplements, something a lot of us cannot afford. The actors will be put on a strict and regimented diet, designed specifically for the body they’re chasing. All of their meals will be pre-determined with the correct macronutrient and micronutrients necessary.

Building muscle and/or losing fat is not that difficult when you have someone else designing your life for you. This is why personal trainers are so useful as they can tell you exactly what you need to do whilst taking all responsibility out of your hands. All you need to do is follow their instructions and if it doesn’t work, then it’s not your fault, it’s theirs. This can make sticking to a workout plan or diet far, far easier.

There’s a lot to be said for motivation, too. How many of us have struggled to lose weight for months on end only to shed 10lbs in the build-up to a holiday? Knowing that you’re going to be exposed and more than just you or your partner is going to see your body can ignite the fire that you need to create change. Actors not only have the fear that everyone is going to see their body, they’re also going to be judged on their commitment to the role which can result in how their reputation is affected, how much they get paid, and their success for future roles. When we have such a strong motivation, coupled with the right environment with everything we need to create the body we’re after, then what the human body can achieve is incredible. 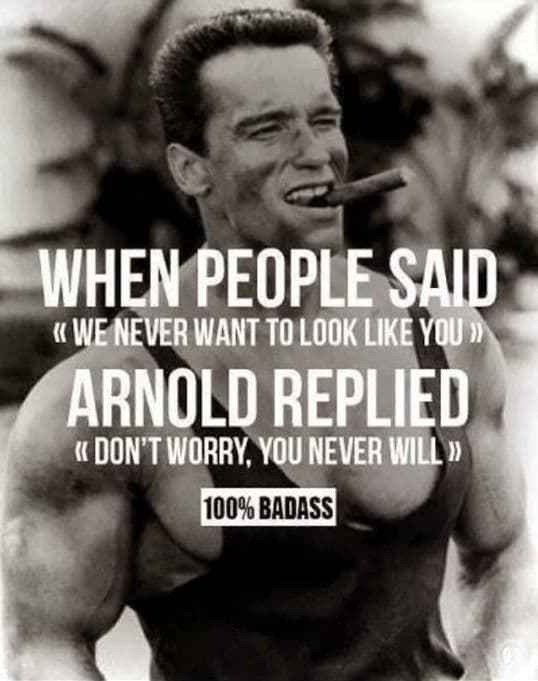 What can you take from this article?

Luckily, there’s a lot that you can take from this, too. Here are the main factors that allow actors to sculpt and manipulate their bodies for a certain result, and how you can use them in your life:

What Everyone Ought To Know About The Reverse Grip Bench Press

The Struggle is Real: Disadvantages of Being a Bodybuilder